SIENA AND THE "PALIO DI SIENA"

SIENA AND THE "PALIO DI SIENA"

A stunning pageant, the Corteo Storico, precedes the race, which attracts visitors and spectators from around the world.

The earliest known antecedents of the race are medieval. The town's central piazza was the site of public games, largely combative: pugna, a sort of many-sided boxing match or brawl; jousting; and in the 16th century, bullfights. Public races organized by the contrade were popular from the 14th century on; called palii alla lunga, they were run across the whole city.

When the Grand Duke of Tuscany outlawed bullfighting in 1590, the contrade took to organizing races in the Piazza del Campo. The first such races were on buffalo-back and called bufalate; asinate, races on donkey-back, later took their place, while horse racing continued elsewhere. The first ‘modern’ Palio took place in 1656.

The race is preceded by a spectacular pageant, the Corteo Storico, which includes (among many others) Alfieri, flag wavers, in medieval costumes. Spectators arrive early in the morning, eventually filling the centre of the town square, inside the track, to capacity; the local police seal the entrances once the festivities begin in earnest. Seats ranging from simple bleachers to elaborate box seats may be had for a price, but sell out long before the day of the race.

The winner Contrada is awarded a banner of painted silk, or palio, which is hand-painted by a different artist for each race. The enthusiasm after the victory, however, is so extreme that the ceremony of attribution of the Palio is quite instantaneous, being the first moment of a months-long celebration for the winning ward. There are occasional outbreaks of violence between partisans of rival Contrade.

The Palio di Siena is more than a simple horse race. It is the culmination of ongoing rivalry and competition between the Contrade. The lead-up and the day of the race are invested with passion and pride. Formal and informal rituals take place as the day proceeds, with each Contrada navigating a strategy of horsemanship, alliances, and animosities. There is the two-hour pageant of the Corteo Storico, and then all this is a great public spectacle, the passions displayed are still very real. 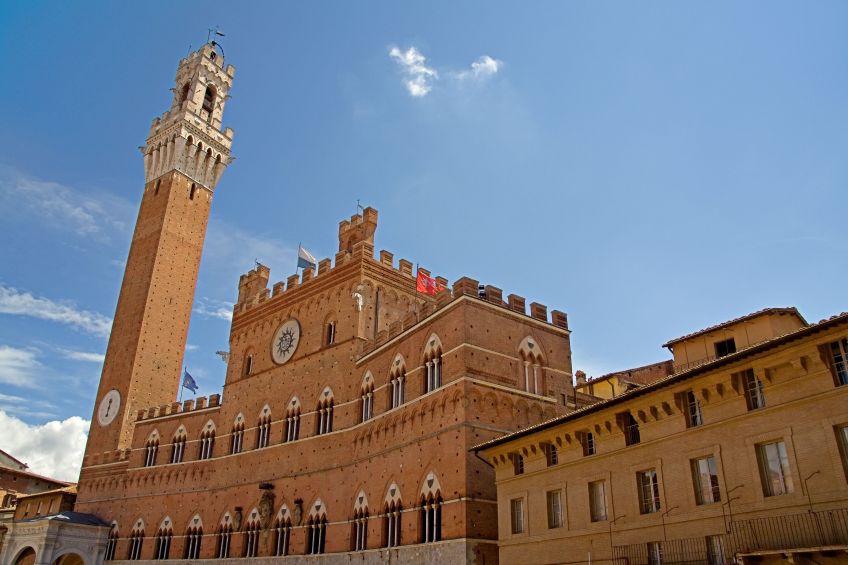 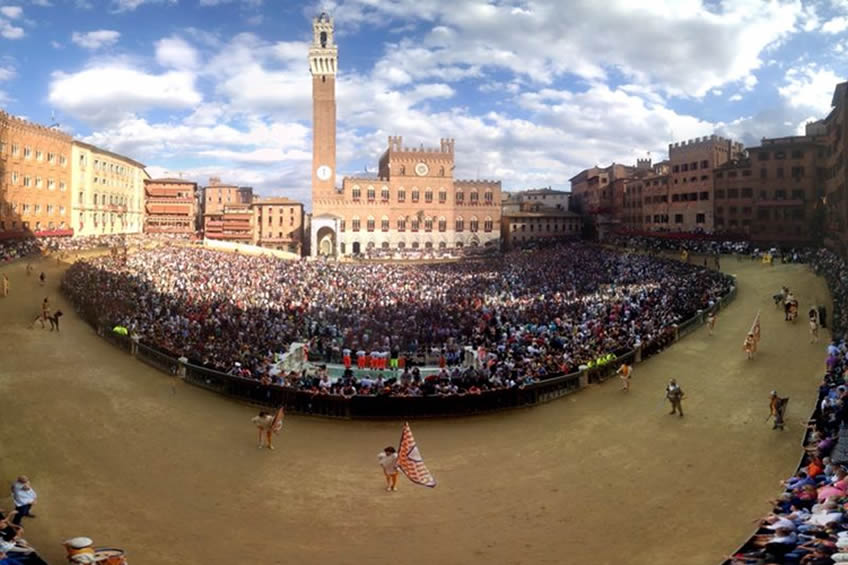 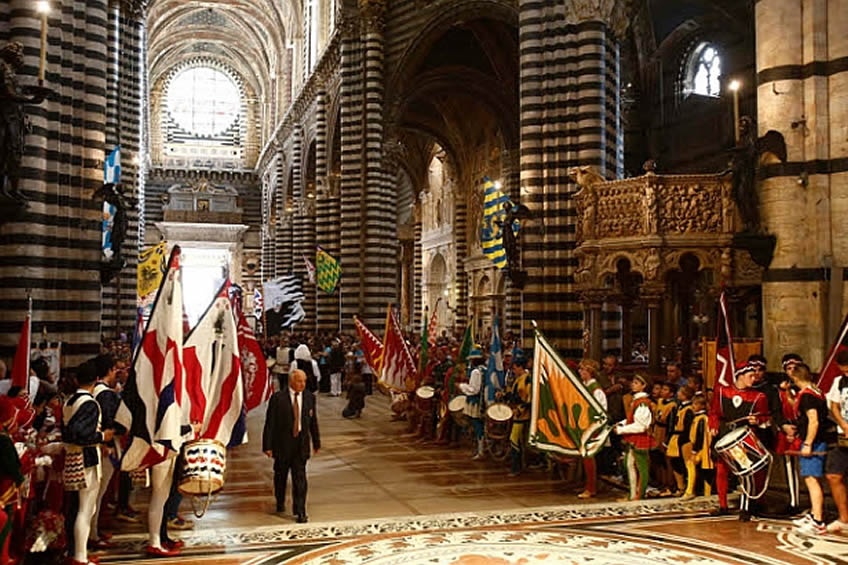 Wedding in Radi Tuscany means an amazing experience, in an unique atmosphere. The manor house and the garden terrace with a breath-taking view on crete senesi hills, are a unique place where hold your wedding day or others receptions. [...]